I have some lovely guests on the blog today. I'd like to welcome several of the contributors to the anthology Fae, recently put out by World Weaver Press. Without further ado….

Laura VanArendonk Baugh author of “And Only the Eyes of Children”

Outside of your own writing, who is your favourite fairy character? (ie: Tinkerbell, Puck, etc.)

Ooh, a fun question! I’m not sure I can say she’s my favorite, because I don’t think I like her, but I’m fascinated by Jim Butcher’s take on Queen Mab in The Dresden Files. And of course I’m not alone in thinking of Disney’s Maleficent in Sleeping Beauty as an iconic and delightfully scary fairy.

What is your favourite type of fairy, and why?

If I may go back to the Japanese youkai, Eastern fae, there are a lot of fun creatures from which to choose, and most are so very different from our own fairies. (An enormous disembodied foot which falls through your ceiling in the middle of the night and demands to be washed? A friendly household spirit made entirely of cast-off kitchen utensils?) But one of the most popular, and a personal favorite as well, is the kitsune, a shape-shifting fox.

In western lore, the Other is usually easy to identify. But kitsune can take the form of a human, or even of a particular human you know well. And they may be benevolent or quite malicious, while they appear to be like us. So many possibilities!

Outside of your own writing, who is your favorite fairy character? (ie: Tinkerbell, Puck, etc.)

Tom Thumb, if he can be counted as such, is my favorite fairy character.  Who doesn't love a little sprite-sized superhero who defeats giants and never waivers in his bravery?  He rivals Peter Pan with his forever youth, and he's even got an in with King Arthur and owes his very existence to Merlin-- doesn't get much cooler than that!

In some ways, it's hard not to.  I'm a woman of science, eternally fascinated by biology and the natural world, and any scientist knows that every fact you uncover leads to a hundred more questions.  I can't imagine a time when we know everything there is to know about the natural world, let alone other dimensions or other universes.  Could there be another life form a dimension away that has tapped into our world and made an invisible presence we haven't yet discovered, but that people have noticed now and again from odd appearances throughout the centuries?  Could there be a species of insect left undiscovered in a remote patch of rainforest with unheard of intelligence, or some other striking resemblance to mankind?  I'm not one to say anything's impossible.

Kari Castor author of “The Price”

Outside of your own writing, who is your favourite fairy character? (ie: Tinkerbell, Puck, etc.)  What is it about them that makes them special?

I've always had a particular soft spot for Ariel from Shakespeare's The Tempest.  I actually auditioned for a role in The Tempest using Ariel's "All hail, great master! grave sir, hail!" entrance (reworked to be a monologue) during my freshman year of college.  (I did get cast, but as a general ensemble member, not as Ariel.)

I suppose I like Ariel because he is both so human and so inhuman.  He's clearly a powerful creature, yet he's bound to the service of human Prospero, and he chafes against the confinement.  He's capricious, tempestuous (ha!), at one moment recounting with glee how he burned the king's ship and terrified the sailors and at the next bemoaning the further work he is being commanded to do.
Largely unlike the fairies of legend, Ariel's motivations are eminently clear -- he wants to earn his freedom from Prospero.  And I've always felt that it is through the scenes with Ariel (along with Caliban) that we see the darker side of Prospero most clearly: his manipulativeness, his thoughtless cruelty, how the power he wields has perhaps corrupted him.

And yet Ariel is one of the primary driving forces behind the action in the play.  We're told that Prospero is a powerful magician, but it seems that often the magic we see or hear about is really Ariel's, not Prospero's.

No, I don't believe in literal fairies.  I do believe, though, that it's important to keep an open mind and a sense of wonder about the world, and I think one way we do that in the modern world is by telling ourselves stories about magic and magical creatures. 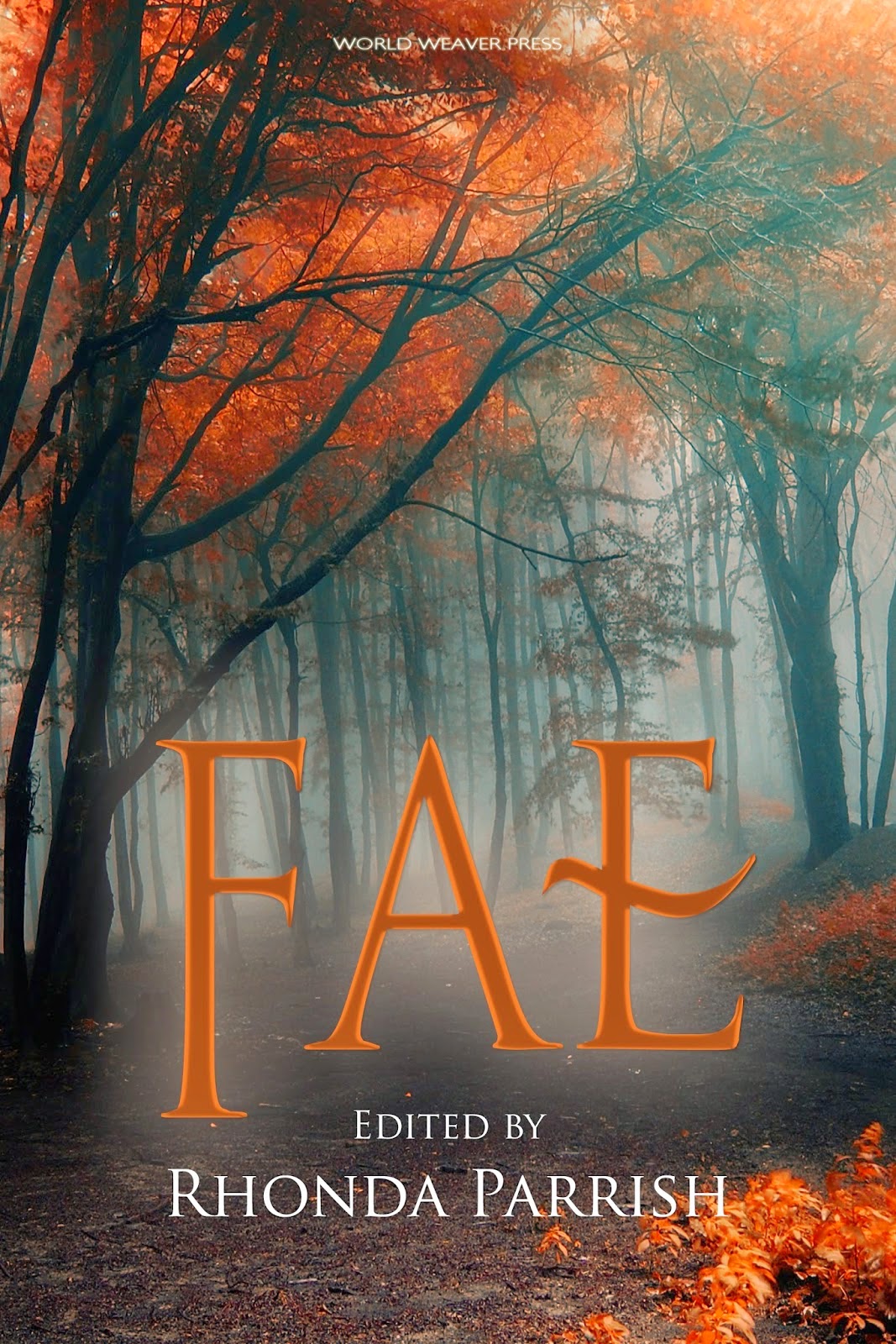 Meet Robin Goodfellow as you've never seen him before, watch damsels in distress rescue themselves, get swept away with the selkies and enjoy tales of hobs, green men, pixies and phookas. One thing is for certain, these are not your grandmother’s fairy tales. Fairies have been both mischievous and malignant creatures throughout history. They’ve dwelt in forests, collected teeth or crafted shoes. FAE is full of stories that honor that rich history while exploring new and interesting takes on the fair folk from castles to computer technologies to modern midwifing, the Old World to Indianapolis. FAE bridges traditional and modern styles, from the familiar feeling of a good old-fashioned fairy tale to urban fantasy and horror with a fae twist. This anthology covers a vast swath of the fairy story spectrum, making the old new and exploring lush settings with beautiful prose and complex characters.

FAE is available in trade paperback and ebook via Amazon.com, Barnesandnoble.com, Kobo.com, and other online retailers, and for wholesale through Ingram. You can also find Fae on Goodreads.

Anthologist Rhonda Parrish is driven by a desire to do All The Things. She has been the publisher and editor-in-chief of Niteblade Magazine for over five years now (which is like 25 years in internet time) and is the editor of the benefit anthology, Metastasis. In addition, Rhonda is a writer whose work has been included or is forthcoming in dozens of publications including Tesseracts 17: Speculating Canada from Coast to Coast and Imaginarium: The Best Canadian Speculative Writing. Her website, updated weekly, is at rhondaparrish.com.

World Weaver Press is a publisher of fantasy, paranormal, and science fiction, dedicated to producing quality works. We believe in great storytelling.
Posted by Rebecca at 10:20 AM

Rebecca
Rebecca is the author of the Shards of History series, The Necromancer's Inheritance series, and The King of Ash and Bones, and Other Stories. Her short fiction has appeared in publications such as Nature, Flash Fiction Online, Fantasy Scroll Magazine, New Myths, and Every Day Fiction, and she is a graduate of the Odyssey Writing Workshop. When she’s not writing, she’s running or practicing kendo to stay prepared for the inevitable zombie apocalypse. You can follow her on Twitter at @rebecca_roland